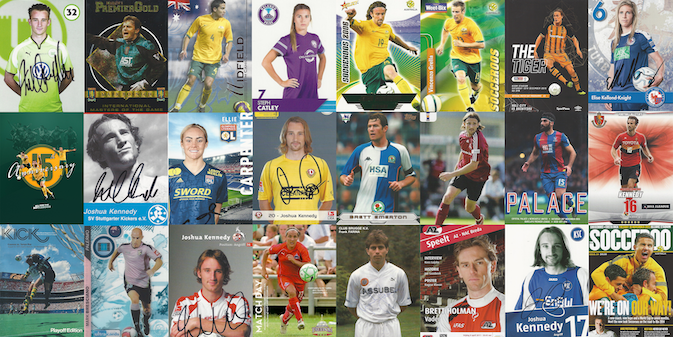 It is fitting that the 1.94m Josh Kennedy is the second K in the collection thus K2! In 2013 his last minute goal against Iraq booked the ticket to Brazil but unfortunately injury prevented him playing in his 3rd World Cup. Items from his time as a Socceroo are complimented by a variety of items from his club career in Germany and Japan.