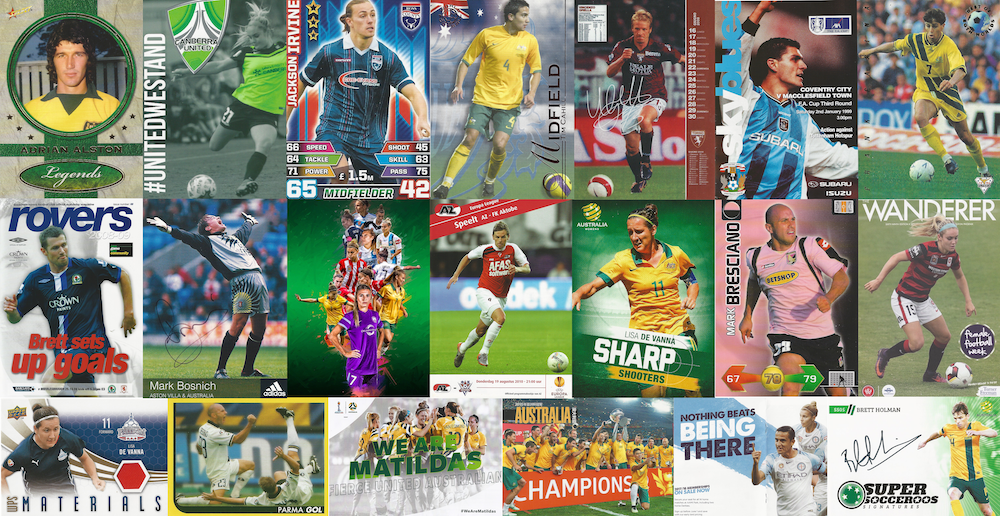 Question One – With a collection of a few thousand cards, stickers, programmes and other miscellaneous items dedicated to the international playing career of Matildas and Socceroos which ones do you list first?

Answer – Lets start with a Top 40 – (Yes i do have an extensive music collection!)

Question Two – How do you choose the Top 40 or more specifically, the first 40 players to be listed on this website?

Answer – Establish a criteria, which is:

Recognising that it takes a lot work to prepare a player collection for listing I have decided to start with the 13 players I have finished.  They are listed in reverse alphabetical order below, together with pictures from the collection and a brief explanation as to why these players are in the First/Top 40.