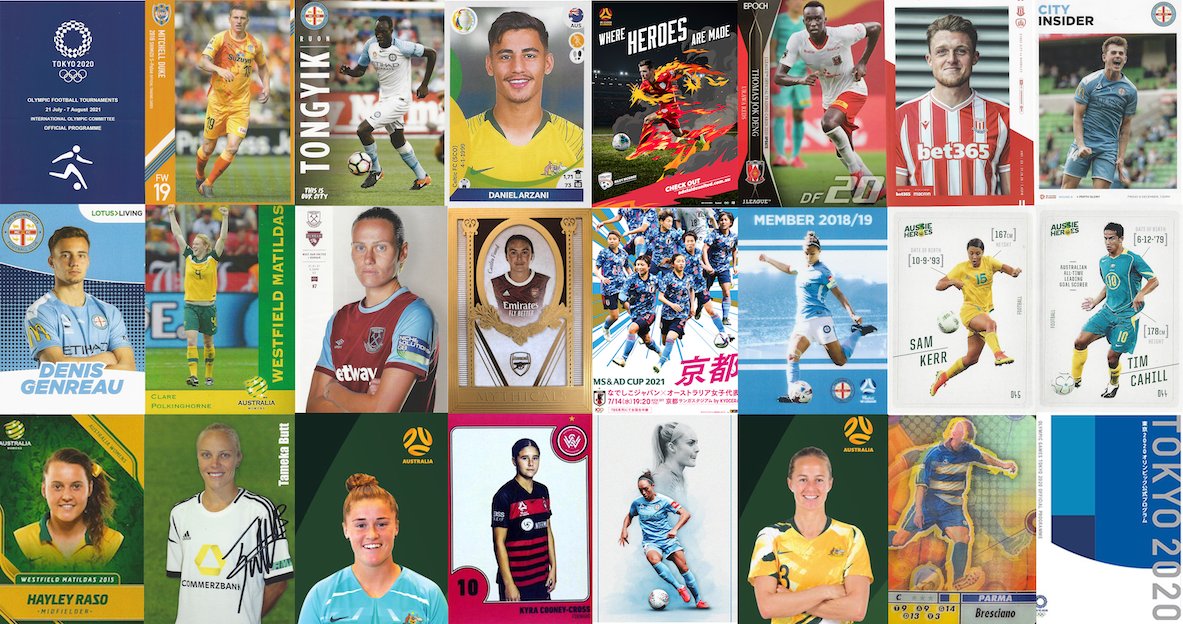 Matildas at the Toyko Olympics

On the 14th July, Matildas played an pre Olympic friendly against Japan. They lost 1-0 after a penalty awarded against Alanna Kennedy for handball. Seventeen of the Matildas from the Olympic squad of twenty-two played in the match. The Matildas Olympic campaign commenced on the 17th July with a match against their fellow 2023 FIFA World Cup hosts New Zealand. The Matildas dominated the match but only won 2-1 after a last minute goal to New Zealand. Australia’s goals were scored by Alanna Kennedy and Sam Kerr. In their next group game Australia took on Sweden, currently ranked five in the world ranked four places better than the Matildas. Despite the recent draw in Sweden the difference showed and the Matildas lost 4-2. Sam Kerr scored a brace and unfortunately missed a penalty. In the final group game Australia played out a 0-0 draw against the U.S.A. In the end both sides were comfortable with the result advancing to the Quarter-Finals.

On the 30th July Australia dramatically won their Quarter Final match against Great Britain 4-3 in extra time. Sam Kerr again scored a brace with first goal being an equaliser taking the Matildas into extra time. Alanna Kennedy scored her second goal at the Olympics and 18-Year Mary Fowler scored the other. The real hero of the match was goalkeeper Tegan Micah who saved a penalty as was as numerous other shots during the match. This is the first time the Matildas have made the Olympic Semi-Finals and lets hope this time they can go at least one better that the 1992 Olyroos that finished fourth.

Eight Socceroos play for the Olyroos at the Tokyo Olympics

The Olyroos last played at the 2008 Beijing Olympics. Each team is allowed to picked three over-age players but Graham Arnold chose one, being Socceroo striker Mitchell Duke. The other seven qualify Socceroos as they under 24 (All 8 are pictured above). The cut off is normally U-23 but with one year delay in the Olympics the age was also increased by a year. On 18th July Australia kicked off their campaign with shock 2-0 win over Argentina. Lachie Wales ex Melbourne City and one of their recent Grand Final’s heroes Marco Tilio scored. In next match they came up against Spain with six of their players recently competing at the Euros. Australia playing defensively and held out until the 81st minute losing 1-0. Just as important they also lost three key players due to two yellow cards, Mitch Duke, Riley McGree and Nathaniel Atkinson. The later two were probably our best players in the tournament. In their last group game and unfortunately last of the tournament, they lost 2-0 to Egypt. A lack a depth clearly showed. In addition the form of McGree, Atkinson, Deng and Souttar it was promising to see a return to form of Daniel Arazani. Hopefully his performances in Tokyo revives his career.

Woolworths, an official supporter of the Australian Olympics and Paralympics teams at the Tokyo Olympics released an Aussie Heroes 120 sticker set. For every $20 spent customers received two sticker packs and a Collector Album was available for $3. There are two Sam Kerr stickers and one Tim Cahill sticker in the set and they are all conveniently in the same pack. There is also limited Gold editions of one of the Kerr stickers as well as the Cahill sticker.

At the programme level there is an Official Toyko 2020 Programme and a four page Official Tokyo 2020 Football programme from the IOC in Lausanne. With no crowds allowed and the wide use of QR codes it is unlikely there are any matchday tickets!

In the U.S.A. the July/August edition of Sports Illustrated Kids continued with issuing Sports Collector Cards. In her Chelsea kit a Sam Kerr card (No. 979) is one of the nine cards issued in the latest edition. Refer to https://cartophilic-info-exch.blogspot.com/2021/07/sports-illustrated-for-kids-sports_098467066.html

On the 18th July Mile Jedinak became the 14th player in the Mitchellmeade collection. There are over 280 items in the collection from his club career playing in the NSW Premier League, A-League, Turkish First League, English Championship & Premier League as well as with the Socceroos. While it was easy to select Jedinak as the J in the alphabet with his career and the collection he would have always been in the first 40.

From the match between the Japanense Nadeshiko and Australia’s Matildas as mention above there is the downloadable iphone wallpaper from the official JFA site. This wallpaper, Official Olympic and Football programs (shown above) have also been added to the Ellie Carpenter and Steph Catley collections. Another addition to the Ellie Carpenter collection is from the Topps 2020/21 EUFA Champions League Sticker Collection that has a sticker (WOM1) of Olympique Lyonnais on the podium celebrating their 2019/20 title. While Ellie did not play in the final she did play in most lead-up matches and is pictured is in the top far left corner with her Champions League Medal.

The Woolworths base sticker (shown above) of Tim Cahill as well the sticker packet and album where he is also featured are three additions to the Cahill collection. There is also a 2004_05 Prominter animated trading card (shown above) added to the Mark Bresciano collection. When you move the card a different image of Bresciano appears. The 2003-04 version of this card is also in both the Bresciano and Grella collections.