For the generation who’s first real exposure to the beautiful game was watching on television the 1974 FIFA West German World Cup and then shortly after the 1974-75 weekly BBC Big Match program featuring newly promoted Luton Town – Adrian Alston was a Socceroo superstar!

The only significant items from his Australian club career with South Coast United, St George, Safeway United, Canberra City and Wollongong are the 1971 JFA international club tournament ticket and programme including a Japanese pen pic of Adrian.

On the 19th July 1969, Adrian Alston made his Socceroo debut playing in an international friendly against Greece at the Sydney Cricket Ground.  This programme is the first item in the collection and the pen pic shows a very young short & back sides Adrian Alston!  The next Socceroo programme in the collection is where Adrian played in England in an International B friendly match against Luton Town on the 23rd November 1970.  The match was part of a two month 14 match international tour. The Luton Town match was also where Adrian scored his first international goal.  Other programmes in the collection from this tour are from matches against a Manchester City Reserves side and a League of Ireland representative side in Dublin. There are also programmes from three international B friendlies played in Australia including a one-off match in 1972 against Pele and his Santos club side.

The first two cards that feature Adrian Alston were issued by Tip Top Sunblest as part of a Sports Action Series.  The cards were inserted into bread packets.  One card (pictured right) features a classic Alston header taken from a match against in Iraq in the 1973 World Cup elimination series. The other card from the series has Adrian in the background behind Socceroo teammate Ray Richards. The collection also includes the World Cup Qualifying elimination series programme that comprised matches against New Zealand, Indonesia and Iraq and the World Cup Qualifying Programme for the home match against South Korea.

The 1974 World Cup in Germany had Australian players including Alston featured on commercial stickers.  Stickers from Spain, England, Portugal & Brazil used the same picture. The Dutch Monty Gum Issue used a different image and includes an picture of the old Jules Rimit World Cup Trophy. The German issued Bergmann sticker has Adrian in the Australian away strip.  The most unusual 1974 World Cup issue is a “Textile”caricature sticker of Adrian form NISRO Jez of Yugoslavia. More generic stickers, like from Panini feature the Australian badge, mascot and squad. The Australian squad picture appears 0n four sticker sets but in the Alston collection I have only included the high quality Italian Newspaper Postcard version.

World Cup programmes include two official German issued  Tournament programmes and two Match Day programmes from Australia’s first World Cup Match against East Germany and its last match against Chile. There is also a Match Day ticket from the 2nd World Cup match against West Germany. His man of the match performances in both German matches created strong media speculation that he would sign a professional contract with a German Bundesliga club.

Ultimately Adrian Alston signed for new promoted English 1st Division club Luton Town.  The Alston Topps card (Index Card above) is the first international commercial card to feature a Socceroo at club level.  The back of the card mistakenly refers to his world-wide performance at the 1970 World Cup rather than  1974.  A Panini Football ’76 sticker with a close up of Adrian is also the 1st club sticker featuring an Australian. It is lucky that these Adrian Alston items exist, as Luton Town were relegated at the end of the 74-75 season.  Fortunately for the collection cards and stickers for a small mumber of players from the three relegated teams cards were still produced.

In October 1975 Adrian transferred to Cardiff City in Division 3 of the English Football League. For the 1975-76 season Cardiff City Match Programmes featured action photos on the cover and there are two where Adrian Alston is featured.  His legendary status at Cardiff City was confirmed when in 2003 the Echo South Wales newspaper issued a 36 card “Cardiff City Legends” set that included Adrian Alston.

In 1977, Adrian Alston joined Tampa Bay Rowdies in the North American Soccer League.  The collection includes Media Guides for the 1977 and 1978 seasons with detailed biographical information, a 1977 squad A4 poster and a Tampa Bay Rowdies v New York Cosmos programme with the same biographical details as the media guide.  This match was also where Adrian played against Pele and Beckenbauer for the second time.  A highlight of the Alston Collection is the Play-Off Cosmos v Rowdies programme where he is on the cover attempting a classic header. (Pictured Left).

In the second half of 1977 Alston returned to Australia to play in World Cup Qualifiers and for Canberra City.  The collection does not have any programmes from these matches.  His professional career finished at Tampa Bay Rowdies in the 1978 season when he suffered a knee injury. In 2007 Select issued an Adrian Alston card as part of a series of eight legend cards. Adrian Alston has been inducted into the FFA Hall of Fame and as a member of the 1970s team of the decade. 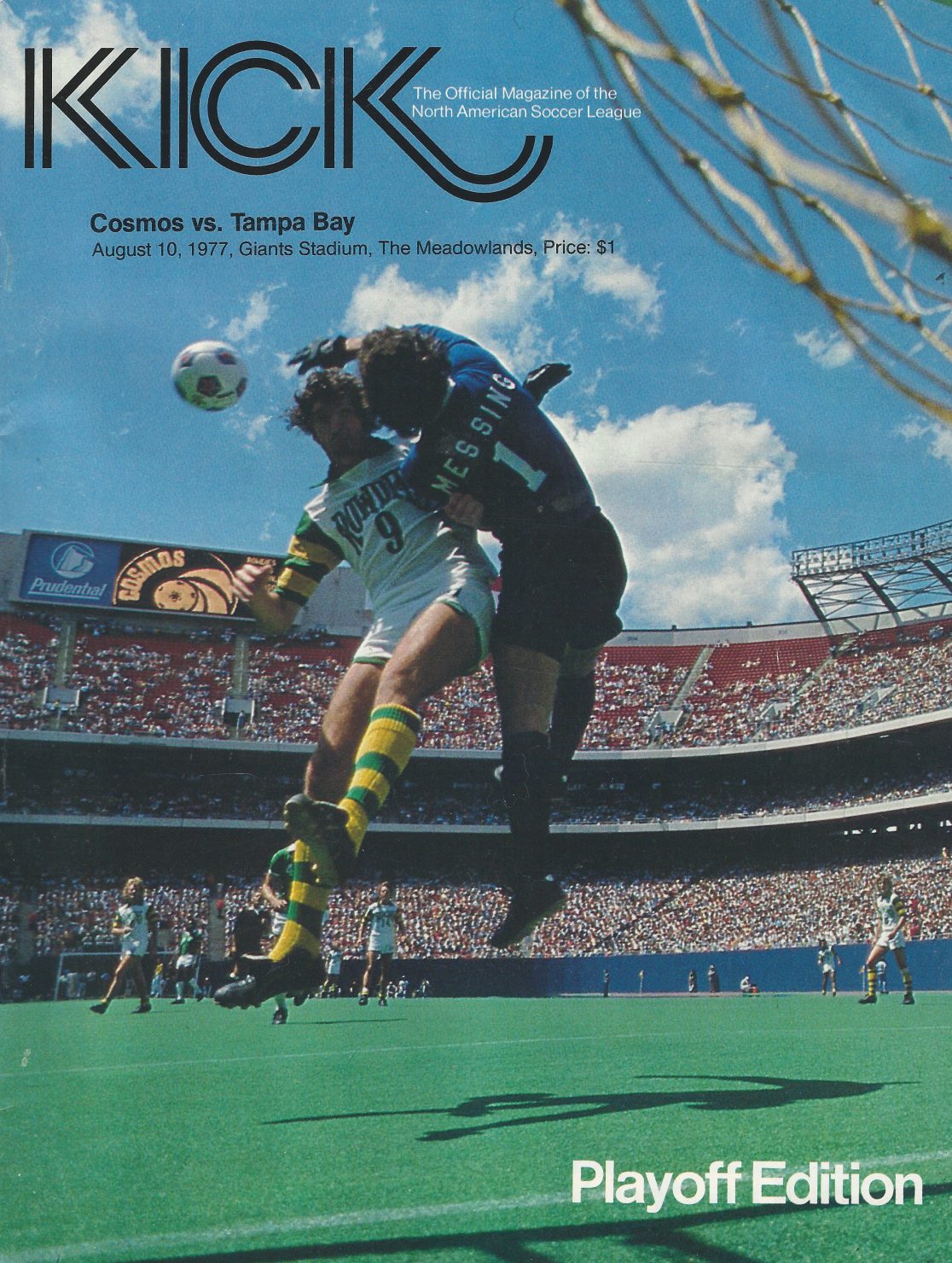